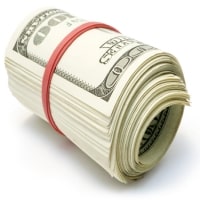 What the Hell is a “Unit” in the First Place?

Good question.  A unit is simply a size of a person’s bet relative to his betting bankroll.  Professional or regular bettors (as opposed to the casual or “just for fun” bettor) maintain a betting bankroll which is used to indicate if the bettor is winning or losing in actual money terms.  And since bettors have different sizes of bankrolls, the “unit” is set as a percentage of bet.  People generally accept 1% of the bet as 1 unit.  Thus, a person with a $100,000 bankroll bets 1 unit when he places a $1000 bet. On the other hand, another bettor with just a $500 in his bank bets 1 unit of his “bank” when he places a $5 bet.

Sports handicappers release their picks and assign units as reference for betting amounts.  They normally assign 1, 2 or 3 units for average games. They assign larger units (4, 5, 6 or even 7) to games with higher stakes such as the play-offs or championship matches. Units also play a significant role when playing the odds.  When a bettor bets on a favorite, he makes less in units when he wins.  On the other, if a bettor bets on an underdog, he wins big when he calls it right and risks little when he loses is bet.

In two major instances, units are seen as a more accurate gauge not only of a handicapper’s performance but of a bettor’s money winnings.

Betting on the Favorite or the Underdog

With moneyline betting such as what is den in baseball or ice hockey, units count a lot far more than winning percentages.  If the handicapper consistently bets on the favorites, he needs quite a high percentage to end up on the money.  For example, if the handicapper consistently picks -150 favorites, he will need to call at least 60 per cent of his games right just to break even. On the other hand, he can realize a neat profit even if he just wins 50% of his calls but consistently picks underdogs.  As a bettor, you too wouldn’t mind just winning half of your bets, but end up with a tidy sum in your bank account.

The second instance where units won is more important than games won is the number of games that a handicapper has predicted.  Generally the more games a handicapper calls the lower will be his winning percentage.  Thus a handicapper who has called 50 games may have a 60% mark – winning 30 and losing 20.  When he has called 100 games, his percentage has dipped somewhat to, say, 58% — winning 58 and losing 42.  (This happens to sports teams also.  Haven’t you notice how soon teams in the NBA or MLB start out like a house on fire, winning, say, 15 of their first 17 games only to “settle down” and coast to a 55% clip the rest of the regular season?)

Handicapper B’s style may remind you of some successful retailer whose credo it is to buy in volume and make a small profit per sale.  At the end of the day, the retailer picks up a tidy profit.  Well that’s the way it goes.  There’s more to sports handicapping than winning percentages.

When it comes to handicapping, the numbers, especially winning percentages, may deceive the newbie sports bettor.    So, don’t just look at his winning percentage.  See how he stacks up in units won or gained.  And don’t just see his units won.  See how he did it:  Does he consistently play the underdogs right?  Does he make a forecast on so many games, sticking out his neck (and his reputation) on his calls?  You may not only find a handicapper with a solid gain in units; you might also discover a handicapper whose betting style jives with your own. 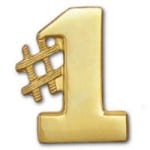 Are you looking for a handicapper? Well, just look at the mirror and you’ll find one. Yup, I’m serious: you are a handicapper. The very fact that you’ve stumbled upon this article means that you are very much into sports betting – and would like to see your numbers improve. 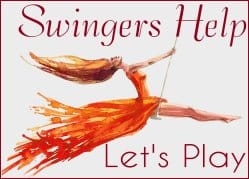